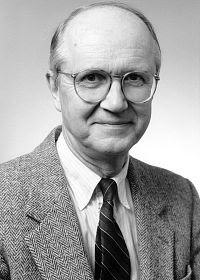 Dean Hoge may not be a household name to most. but in the field of sociology of religion in indeed was a legend. Hoge died yesterday after a long battle with cancer at the age of 71. Much of the work that we’ve done at BustedHalo can certainly be traced to many of his findings in the book, Young Adult Catholics: Religion in a Culture of Choice (written with Bill Dinges, Mary Johnson and Juan Gonzalez). That book gave us a lot of the sociological trends that indeed helped us gain a foothold on how to attack what clerics were then calling “the young adult problem.”

Hoge was a wonderful pragmatist when advising people like myself on how we might want to address young adults. Always a “data guy” Hoge would always throw numbers back at you to dispute common misconceptions. He revealed and continued to hammer home the fact that “young adults indeed were not disaffecting from the church–but merely not regular attendees or participants. They are still checking off the “Catholic” box.” He would often tell my colleagues and I to watch out for judgmentalism. “Hitting these people with every tenent of church teaching and telling them that they are bad will NOT work. In fact, that’s what drives most of them away in the first place.”

Indeed. What I liked most about Dean was his folksy charm. He was an “aw shucks” kind of guy who was always very humble while still speaking with valid authority. He was a true gift to all faiths and he was a faithful Christian, very active in his own Presbyterian church.

His longtime colleague, Bill D’Antonio had this to say:

“While he was first and foremost a scholar, I’d have to say that I don’t know of a person who was more a Christian throughout his life,” said friend and colleague, William D’Antonio, who worked in recent years with Hoge at Catholic University’s Life Cycle Institute. “He was a shy person, but treated others with an easy grace as he attempted to live the Gospel.”

I couldn’t have said it better…Rest in Peace, Dean.

Hat tip to Deacon Greg for the heads up.