Congrats to Martin Brodeur–he gave me the Stanley Cup. 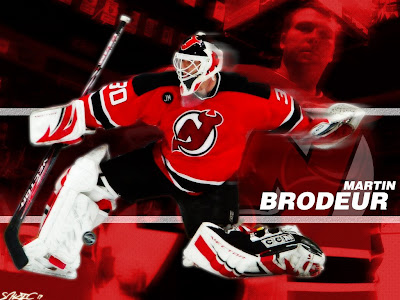 When I was in radio, Brodeur brought the Stanley Cup to our offices at WFAN and I helped him carry the cup back up to his truck. Which leads to a funny story. As we started up a flight of stairs, I “clanged” the cup off of the metal railing.

I got real worried and looked at Brodeur and apologized.

“Oh Mike, no worries. It’s gone through much worse than that! Someone was probably rolling it down second avenue last night!”

True enough. The Stanley Cup has indeed been through a lot. My favorite story is that the 1906 Montreal Wanderers left the cup behind after a photo shoot and a cleaning woman used it as a flower pot.

The 1980 Islanders won the cup and Clark Gillies let his dog eat his kibble out of it. He said “He’s a good dog!”
Bryan Trottier also took the cup to bed with him so when he awoke he wouldn’t think that it was all a dream.

Both Patrick Roy and Mario Lemieux found the cup at the bottom of their swimming pool.

And perhaps the most bizzare: The 1940 NY Rangers urinated in the cup.

When you think of all the people who drink out of this thing–I hope the strength of alcohol they put in it is rather strong. For some reason I don’t think I need to worry!

Anyway, congrats to Marty–the greatest goalie of ALL TIME.