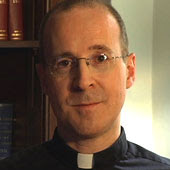 Fr James Martin, S.J. has created a masterpiece here with his open letter to Notre Dame’s President. He has his tongue planted firmly in his cheek..well..sorta.

Now that Mary Ann Glendon has announced that she would not accept Notre Dame’s prestigious Laetare Medal, because she was “dismayed” by the university’s awarding of an honorary degree to President Obama, the search is undoubtedly on for another recipient. Let me suggest one candidate you may have otherwise overlooked: me.

Now, I know many more notable and famous and accomplished and, well, deserving names may spring to mind. Names that would probably draw more of a crowd, names of people with a lifetime of service behind them, or names that would probably pose fewer problems in terms of Catholic orthodoxy. Say, Pope Benedict XVI. (Though draping a medal on top of his papal pectoral cross seems a little like overkill.) Or, say, Susan Boyle, that awesome YouTube singer, who is not only super-Catholic but would be a huge hit when she belted out the Notre Dame fight song. Or Mother Teresa, who everybody likes, though being dead might be a strike against her if a speech is expected.

Anyway, I think there are plenty of good reasons to offer me the now in-play Laetare Award. Let me list just a few.

1.) I don’t have one.
As it turns out, I’ve only received a few real “awards,” like one from Plymouth-Whitemarsh Senior High School, and a Christopher Award, which is really nice, and just last week an award with the longest name yet: “The Loyola Institute of Spirituality’s Hearts on Fire Writer’s Award in Spirituality,” and, let me tell you, that’s a lot of words to fit on a chunk of crystal: it must weigh five pounds. I could kill someone with that award. (But I won’t of course: I’m pro-life.) But the last time I checked I didn’t have a Laetare Award. I’ll bet it’s nice, too. Is it a real medal? With a ribbon? Cool. I could wear it over my vestments at Mass. In fact, I would be so happy to have that sitting on my shelf that…

Read the rest for more–hysterical.

Upcoming–my own Laetare Medal speech…putting the finishing touches on this one and will you tube it.