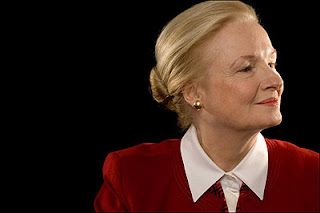 The circus continues at Notre Dame–hat tips to Deacon Greg, Rocco, Amy Welborn and First Things who all got the early word on this.

Former Vatican Ambassador Mary Ann Glendon has declined receiving the Laetare Medal from Notre Dame in light of the hoopla surrounding President Obama’s commencement speech. A snippet alongside some commentary from yours truly.

A commencement, however, is supposed to be a joyous day for the graduates and their families. It is not the right place, nor is a brief acceptance speech the right vehicle, for engagement with the very serious problems raised by Notre Dame’s decision—in disregard of the settled position of the U.S. bishops—to honor a prominent and uncompromising opponent of the Church’s position on issues involving fundamental principles of justice.

Finally, with recent news reports that other Catholic schools are similarly choosing to disregard the bishops’ guidelines, I am concerned that Notre Dame’s example could have an unfortunate ripple effect.

If you think it’s not the right venue than let’s get the right one and have her come and let her voice the church’s cause so that the President and everyone else for that matter will hear it.

Secondly, I disagree that it’s not the right venue. After 4 years, graduation is not merely about celebrating an achievement of making it through the tough grind but it’s also about inspiring students to stand up for justice, for their moral principles, for engaging the world’s problems. They are heading into a world where many of them will be doing exactly that. Commencement speeches should have in their tone a sense of “as you leave here…keep this in mind. Don’t forget about the unborn, the poor, the world beyond not just this school but this country.”

I think that it a shame that Ms. Glendon will not be gracing the students at Notre Dame with her remarks. I do wonder if there is some way to salvage this. The groundswell has started and it seems to me that at this point Notre Dame is facing a public relations disaster. I would offer the following solution:

Give the Laetare medal to New Mexico Governor Bill Richardson and Archbishop of Santa Fe Michael Sheehan who just ended the death penalty in their state. The topic we can ask them to address is: How can we dialogue together, despite our disagreements in order to influence each other to create change.

Because that’s what everyone is missing here.