Pope’s Gift to Prince Charles…Or Not? 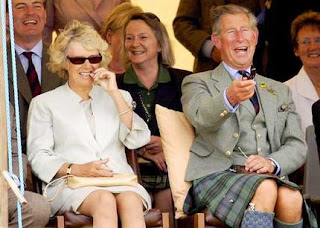 Upon Prince Charles’ visit to the Vatican the Times of London reported the Pope was going to issue a luxury facsimile of the 1530 appeal by English peers to Pope Clement VII asking for the annulment of Henry VIII’s marriage to Catherine of Aragon. This seems somewhat cheeky (as the Brits would say) since Charles is married to divorcee Camilia Bowles.

One problem: The Vatican says it’s not true.

Could it be the Vatican is getting fed up with inaccurate reporting?

The Times story said that when Prince Charles comes to the Vatican next week, Pope Benedict planned to present him with ”a gift that may strike an unwelcome chord”: a facsimile of the 1530 appeal by English peers to Pope Clement VII asking for the annulment of Henry VIII’s marriage to Catherine of Aragon.

As everyone knows, Pope Clement refused that appeal, King Henry married his mistress anyway and renounced Roman Catholicism, establishing the Church of England.

As the Times put it, the pope’s gift appeared to be either “an unfortunate accident or a piece of mischievous theater.” That was no doubt enough to set people off at the Vatican.

One part of the story did appear to be true: The Italian company Scrinium is in fact producing a limited-edition facsimile of the famous letter of Henry VIII, in collaboration with the Vatican Secret Archives, which holds the document in its underground vaults. 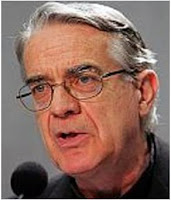 This is getting ridiculous. Are media outlets taking advantage of the obvious weakness of the Vatican press office by trying to put out plausible but untrue stories and turning Vatican News into a sideshow? Fr Federico Lombardi, SJ (pictured above) must be going insane today.