“Can anything good come from Nazareth?” 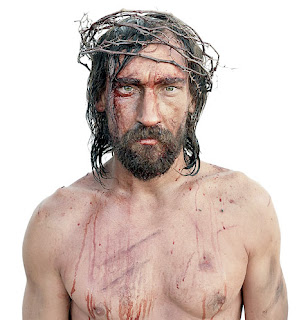 After a friend got a nice promotion at a company a fellow co-worker of ours claimed that he had a “better pedigree” and was more suited for the promotion. Another friend one time clearly was being denied a job because she was black and the white person who was also up for the job has “better connections.”

How often do we all pre-judge people because of their resume? How much of a parent’s reputation gets handed to their children? Older brothers and sisters often set a pace that the younger ones have to live up to…both good and bad.

For people like myself who come from a lower middle class background, this can be both a blessing and a curse. When my first book was published I remember being envious of another author whose first book seemed to reach a much larger audience than mine. A mutual friend said to me, “Mike, you had no connections, no inside track, nobody working for you and yet, you published a book, and a good book. You covered a lot more ground with a lot fewer resources at your disposal. If anyone should be proud of an accomplishment it should be you and your family. You did all of this from nothing.”

I didn’t know whether to be proud or offended. After all, it’s a huge compliment to accomplish so much to be sure. But it’s also somewhat condescending to hear that people don’t think much of your background.

For those who come from a prominent family, much is expected. Pressure can seem like it is insurmountable, especially when your gifts are not your family’s gifts. It can be unfair and unsettling. And you can be caught in a pattern of dissatisfaction because you end up living someone else’s plan for your life.

Jesus was from the backwater of all backwater towns. Infant mortality was high and the fact that Mary and Jesus made it to the ages that they did was quite an accomplishment on it’s own (and probably a testament to St Joseph’s hard work!). Clearly even some of Jesus’ own disciples doubted that a man from his neck of the woods could have accomplished as much as Jesus had already.

And Jesus’ snarky response: “Pal, you ain’t seen nuthin yet! We Nazoreans can do a lot more than you might think.”

So everytime we have the tendency to judge someone based on their background, we should remind ourselves of the following poem. Perhaps you’ve heard it. It’s called One Solitary Life and it is usually attributed to James Allen Francis:

He was born in an obscure village, the child of a peasant.

He grew up in another village, where he worked in a carpenter shop until he was 30.

Then, for three years, he was an itinerant preacher.

He never wrote a book. He never held an office. He never had a family or owned a home.
He didn’t go to college. He never lived in a big city. He never traveled 200 miles from the place where he was born.

He did none of the things that usually accompany greatness. He had no credentials but himself.

He was only 33 when the tide of public opinion turned against him.
His friends ran away.
One of them denied him.

He was turned over to his enemies and went through the mockery of a trial.
He was nailed to a cross between two thieves.
While he was dying, his executioners gambled for his garments, the only property he had on earth.
When he was dead, he was laid in a borrowed grave, through the pity of a friend.

Twenty centuries have come and gone, and today he is the central figure of the human race.
I am well within the mark when I say that all the armies that ever marched, all the navies that ever sailed, all the parliaments that ever sat, all the kings that ever reigned–put together–have not affected the life of man on this earth as much as that

We all can do much no matter who we are and we all need to see that others can do much as well.

Today may we think about the types of backgrounds that we usually pre-judge. Let us remind ourselves that Jesus own disciples thought less of him because of where he came from. And let us pray that our own solitary lives can contribute much even when others tell us otherwise.