Good Sax is Hard to Find… 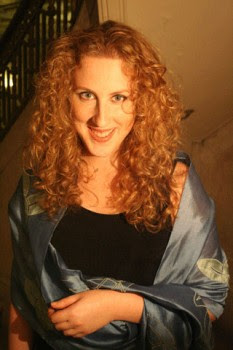 …but Deanna Witkowski knows her jazz and is simply an awesome singer. Bill McGarvey talks with her in depth on faith, music and the intersection between the two.

A snip from the interview on the mix..

Pianist-composer-vocalist Deanna Witkowski’s dual paths of disciplined jazz musician and person of faith converge in her fourth recording, the genre-defying From This Place. Marrying ancient and modern sacred texts with the richness of jazz, it is her most honest and soulful work….

DW: I think for me, my experience with God comes from music and it is not necessarily music with any text in it. It can be when I’m sitting down and trying to compose something but more so when I’m playing with my small group like the trio or quartet and there is such intense listening going on since we have played together for years and years and years and years. That sort of sets the stage for moments when you are outside yourself. People don’t necessarily articulate that this is God’s presence coming through but for me it kind of is — it’s being in community and all working for one common thing which is to present music as purely as we can. For me it is similar to prayer when I am just trying to sit and listen to God. I think it is also because the thing that I have found more and more lately is that I love the guys in my band — we are just a community. So it is very much like church in a way.

“My experience with God comes from music and it is not necessarily music with any text in it. It can be when I’m sitting down and trying to compose something but, moreso, when I’m playing with my small group like the trio or quartet and there is such intense listening going on… it’s being in community and all working for one common thing which is to present music as purely as we can. For me it is similar to prayer when I am just trying to sit and listen to God.”
When I’m doing the sacred music it’s easy because it all has text, so I’m really trying to think of ways to bring out the text — let’s say, like a mass setting or some kind of 19th century hymn text — and completely resetting it. That’s been a different experience, but I still feel like its God just having things come out in a different way. For example, for Protestants, I have one song on the CD of a hymn text called “Take My Life and Let It Be,” and everyone knows one tune that goes with that text — especially because many hymns are strophic (meaning every time you hear it there are regular four bar phrases and you know what’s coming.) I try and make it more unpredictable and in some way it makes people have a more emotional connection and a deeper connection with the music.

BH: I’m sure it’s near impossible to articulate but can you try to talk a little bit about those moments?

DW: I think sometimes there are things that are happening that everybody knows, like, for instance, this might not be a transcendant thing but I remember back in February my trio did a concert at my alma mater and some nights I’ll count off tempos that are totally, seemingly wrong, because I’m either tired or feeling adrenaline or whatever. That night we played the first cut on my CD and it was so slow, it was so slow that I thought it was going to fall apart. But what ended up happening was it was a completely different feel and it ended up making us stretch in different ways musically, and, after, my drummer said, “I felt like I was playing like Elvin Jones,” because we just all had to go in different directions. It opened it so that certain things happened that would not normally happen. Sometimes I feel the bassist or the drummer are being so supportive and I can go wherever I want and yet sometimes they do something that makes me do something and then all of a sudden we wind up with this “thing” that I could have never imagined. It is hard to describe and it doesn’t really last, and that’s the thing about music as opposed to painting because you can’t stand there and stare at it as time goes by.

BH: Can you talk about the parallels between moments like that on your spiritual journey and what brought you into the Catholic Church?

DW: Well for me the thing is that it’s all related to prayer. I was about to go on a weeklong silent retreat and I noticed when I go on these retreats I usually feel like I am experiencing God’s love in an intense way and almost in a physical way. This is part of the reason I became Catholic, because I never felt this growing up. I think it was just a divide between my brain and my soul. I knew God loves me and I knew God wants the best for me and of course I still struggle with these things but now, when I am in moments of prayer, I can look back and remember certain things. The second time I went on a silent retreat, the group of people I was with had a person who had drawn a chalk labyrinth. So I walked it a few times and there was this one day that I walked it and, on the way in, I felt like I should raise my hand. But my first thought was I am going to look stupid, but then I thought everyone is here for the same thing, so I just put my hand out and open. I had this thought or heard this thought that said, “Thank you Deanna, I will fill your hands.” I just started crying, and moments like that for me are just moments and they don’t last that long, but I know they are real and I know they are happening. It is intense and meaningful, and hopefully the challenge is to not have that be an isolated incident but to influence how I live and think…

Check out the rest of the article here and then listen to this cool bluesy version of Psalm 141: Let My Prayer Rise

Do You Know Jack About Valentine’s Day?