What is Inside also Reflects the Outside 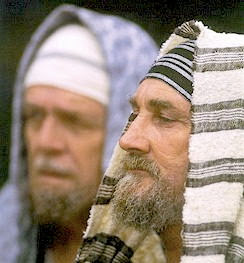 A short time ago I worked alongside one of the loveliest women I have ever met. She was African-American and treated all of the people in her department at the radio station like they were her own children. In short, she loved us and we in turn loved her and worked hard for her. I would say that if anybody ever even dared to say a bad word about her dozens of people would come to her defense.

One day we had a guest at the station who was an elderly Southern born woman. She grew up as a white woman in the South on a plantation. We started to ask her about what it was like being on the plantation as a young woman. She replied that she would watch for all the new cotton crops to be ready. And she knew they were ready when she’d see the heads of the little (racial epithet for black) children bounce up and down near the crops to let them know that it was time to pick the cotton.

I was stunned. She had said this on the air and didn’t think twice about it. She even repeated a similar word later in the interview. The worst part was that the sound engineer didn’t catch it in time and her words went out over the air.

I walked down the hall ashamed and embarrassed that this happened on a show I was associated with. I went into the office of the woman who I admired so much to tell her what had happened and she insisted that i play her the recording of the incident. After I did I think I heard her curse for the first time ever.

We tried to calm her down and made excuses like “She’s an ignorant, old, redneck woman. She ain’t gonna change anytime soon. Just give her a pass. In her day those words were actually polite words that people used to describe black people (she did not use the infamous n-word).

What this eloquent, classy woman said next was spot on:

“For that kind of hatred to come out of someone’s mouth the hatred of black people has to be buried very deep within themselves. So don’t any of you tell me that I should excuse that kind of racism. It runs very deep and is very present. She needs to clean up her pre-conceived notions because she really believes deeply that black people are inferior.”

Wow. Was she ever right.

Jesus is telling the Pharisees similar words about themselves in today’s Gospel:

“You cleanse the outside of cup and dish,
but inside they are full of plunder and self-indulgence.
Blind Pharisee, cleanse first the inside of the cup,
so that the outside also may be clean.”

Appearances are often everything. NIke for years used the slogan “Image is Everything.” And in essence Jesus is saying the opposite:

What you are internally is exactly what you often show to the rest of the world. If you are vile on the inside, you will be vile on the outside. More importantly, if you hold hatred and prejudice deep within, then eventually those notions creep into your everyday speech, actions and ways of life.

Like the Pharisee, I too, need to look at my own pre-conceived notions and prejudices. Who do I pre-judge? How do I treat those who I have judged to be “less than” or “trash” or “low lives?” In my mind I indeed may think I am better than many. But in essence my cup is just as filthy with sin as anybody else’s.

Even those who I think are the dregs of society.

We all have our own cups to clean inside and out. Let’s make sure we do a holistic job of cleansing our own hearts and minds of the deep seated prejudices and sinful behavior that we often try to hide, even from oursleves–where we think “I’m not really like that.”

Much like our elderly Southern guest, we do in fact have vile parts of oursleves. Cleansing them will not be easy but merely glossing over the issues and presenting them in a prettier package does not make them any better. Sin is still sin.

Let us pray today for victims of race and injustice that they made truly be able to keep their cups hate-free and so that those who cause them injustice might see the love that they respond to them with and have their hearts changed and the inner parts of their souls scrubbed clean.