Mandatory Reading for Anyone Who Does Ministry With Millennial Catholics: Young Catholics Are Not TALIBAN CATHOLICS 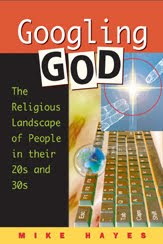 Amen, Amen I say unto you, John Allen of NCR. As usual, he gets the actual story accurately. I’m taking partial credit for this article because this is EXACTLY what my book Googling God says and John served on the board at BustedHalo®. So I assume my influence and the appropriate back slapping has ensued.

I reflected on the next generation of Catholic leaders. Most empirical data has pegged this cohort of young priests, religious and lay activists as more “conservative,” and there’s a good deal of truth to that claim. In general, they’re more attracted to traditional modes of devotion and prayer, less resistant to ecclesiastical authority, and less inclined to challenge church teaching and discipline.

Yet, I argued, slapping the label “conservative” on all this is potentially misleading, because it assumes an ideological frame of reference, as if younger Catholics are picking one side or the other in the church’s version of the culture wars. My sense is that these young people are not so much reacting to (or against) anything in the church, but rather secular culture. In a nutshell, they’re seeking identity and stability in a world that seems to offer neither.

Proof of the point comes when you drill with these young Catholics. You’ll find they often hold views on a wide variety of issues — such as the environment, war and peace, the defense of the poor and of immigrants, and the death penalty — which don’t really fit the ideological stereotype.

These observations are hardly unique to me, of course, but I included them because I wanted to issue a plea to Catholics my age and older.

This new generation seems ideally positioned to address the lamentable tendency in American Catholic life to drive a wedge between the church’s pro-life message and its peace-and-justice commitments. More generally, they can help us find the sane middle between two extremes: What George Weigel correctly calls “Catholicism lite,” meaning a form of the faith sold out to secularism; and what I’ve termed “Taliban Catholicism,” meaning an angry expression of Catholicism that knows only how to excoriate and condemn. Both are real dangers, and the next generation seems well-equipped to steer a middle course, embracing a robust sense of Catholic identity without carrying a chip on their shoulder.

That’s assuming, however, that the best and brightest of today’s young Catholics aren’t prematurely sucked into the older generation’s debates — either by liberals who fear and resent them, or by conservatives eager to enroll them as foot soldiers in their private crusades.

Read the rest here and a further comment from me….

Many people in the younger generation might fall prey to being “co-opted” into one camp or the other when those stuck in the camps of the left or the right take advantage of those who don’t have a strong sense of self. What ends up developing is a reliance on a “trusted source” that leads them into an “unthinking piety” on the right or an “action over prayer/ritual mentality” on the left. What really ends up happening to those in the middle who feel forced to choose one side or the other is frustration with older people’s baggage and issues.

And what the result is…

They choose nothing. No religion, just an informal spirituality. They become “spiritual but not religious” but long for what could be.

Today let us pray that we have the courage to accept young people where they are and move them into love. Love for the church, love for others, love for Jesus and the love that Jesus had for all. They want to be inspired. But they often are not.

Thanks to John Allen and NCR for an excellent article.