Sad. Conservatives and Liberals Can’t Even Talk About Sports Anymore 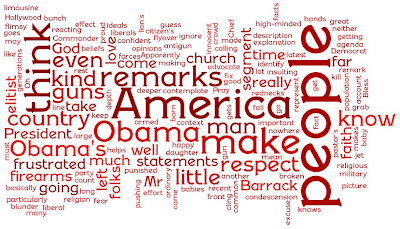 But can someone explain Glenn Beck’s thinking here? It’s not like America didn’t lose here…

Glenn Beck: “Oh, it’s so sweet” that Chicago’s bid failed; “savor this moment.” On his radio program, Beck said: “Do not go anywhere. Don’t — do not look at the screen. Don’t — don’t go to any other radio stations. Nothing. You don’t want to hear this news — I mean, please, please let me break this news to you. Oh, it’s so sweet.” After a commercial break, Beck’s producer stated that “the first round of voting is up for the Olympic games, and the first city” — at which point Beck interrupted, saying, “Wait! Wait for it! Wait for it. Enjoy this — savor this moment.” The producer continued, “And the first city to be eliminated is Chicago.” Beck later asked his producer if Chicago’s elimination was proof that Obama had “failed.” [Premiere Radio Networks’ The Glenn Beck Show, 10/2/09]

If Chicago lost to Seattle (Beck hails from the surrounding area) or Washington DC or Chattanooga…I could see him gloating. But Paul Snatchko has said it best in this post where he notes the growing inability for civil political discourse.

I have to say that Paul and I are good examples of people who engage in dialogue despite our disagreements. I think Paul’s libertarian viewpoints can be short-sighted in some areas, but I don’t shut him out of the conversation. The same is true of the way he feels about my more liberal viewpoints, especially when it comes to social programs. What I think we do particularly well, is that we get to the bottom of what is really important to each other–which often has merits for the other to look at because at heart, we may share more on that level and moreover can influence others on that level more than in other avenues which tend to be good soundbytes.

Remember when Democrats and Republicans could at least drink together? I fear that’s a time long gone by.

Sadly, this often spills over into the church as well. When I pointed out that Archbishop Sheehan had done a great job in keeping dialogue open with him and Bill RIchardson, the pro-choice Governor of New Mexico, a dialogue that ended the death penalty in New Mexico, I received an anonymous note from a reader:

“It’s great when killers go free and the innocent get killed. Welcome to fairyland!”

It takes real skill to violate the church’s teaching on capital punishment and gay bash in the same sentence…that takes skill.

Any other examples of discourse that inspires or frustrates you these days?

A h/t to my buddies Al Swingle and John McDermott for pointing out the Beck story to me this afternoon and to Paul Snatchko for the pic.

0 thoughts on “Sad. Conservatives and Liberals Can’t Even Talk About Sports Anymore”