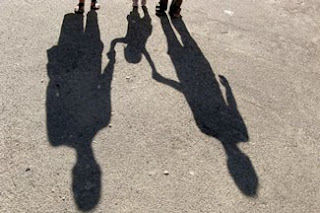 I’d like to introduce you to the coolest nun I know. She is Sr. Bernadette Reis of the Daughters of St Paul. Why is she so cool? Because she listens to the needs of the world and to the confusion of young people and responds with both charity and challenge. This article on BustedHalo® is the clearest thinking article on the Pro-life cause that I’ve read in some time. It challenged me to think about what I’m doing for the unborn and yet didn’t vilify anyone else in the process. Here’s a snip:

While Catholics receive information from their bishops urging them to vote pro-life, I don’t ever remember hearing with as much emphasis other ways that we can help to change the reality of abortion beyond simply trying to overturn Roe v Wade. Have you?

This question has been nagging me ever since my brother, Dominic, and his wife, Cynthia, took in a young woman with a brand new baby. Cynthia befriended her while volunteering at a local home for unwed mothers; but once she gave birth to her daughter, the young mother had nowhere else to go. Dominic and Cynthia were newly married — and they took her in. When they looked for a different apartment, and later for a house, they looked for one that had adequate room for themselves, their guest and her baby. For the last three years, they have provided a home for her and her daughter.

When I was homeless, you opened your door…

I’ve said this on this blog over and over again: Just because abortion is legal doesn’t mean that it should be the one defining factor that puts a halt on us taking care of mothers and their children. And if abortion were made illegal we’d still be faced with the same challenge: how do we care for these people?

That’s a question that many in the pro-life movement don’t spend enough time thinking about. Perhaps if we all thought about it for just five minutes a week…we’d needn’t worry about this horror anymore? The good sister Bernadette gives us all pause to consider just how much we really do care about all those that are often deemed too hard to love.