If I Have Not Love…Then I am Nothing 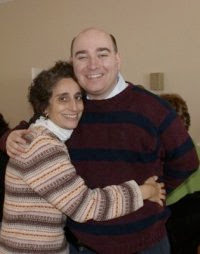 St Paul’s 13th chapter in his letter to the Corinthians has gone the way of the romantic in recent years. We hear this reading most often at weddings but it seems to be viewed as saccharine words for the new lovey-dovey couple.

In fact the words of Paul were addressed to those at Corinth and it was based on the fact that the Corinthians were developing factions amongst the community after Paul had left them. Some would listen to him, another to a guy named Apollos and a third faction to Jesus alone. Paul tries to appeal to them that we’re all in this together, but also that love is what will continue to help us overcome these differences.

My wife and I didn’t use this reading at our wedding, simply because we had heard it so often already but we refer to it again in our daily prayer time together often. It is good to remind ourselves that our love for one another requires patience, kindness and not to put on airs. I think I need those reminders much more than my wife does. She always seems to be pleasant and not prone to arrogance as I think I have a tendency to do. One of the reasons I married, Marion was because she keeps me honest. When I get too big for my britches she lets me know that I’m being a jerk, a lovable jerk, but a jerk nonetheless. I try to do the same for her when she gets out of sorts in her own way.

I think many people simply don’t understand what love really means, and what St. Paul is driving at today. Love means commitment. It means sticking it out in the hard times. Love means participating in the act of love when one doesn’t feel like being loving–when one is grumpy, or tired, or even when you think the other person is being pig-headed.

Love is hard. But it indeed overcomes everything. Loving those who are hard to love– an arrogant parent, an angry spouse, a sister who doesn’t listen or a boss who doesn’t appreciate you–is what we’re called to do. It doesn’t mean that we become doormats either though. Abuse shouldn’t be tolerated and jerkiness is simply not a nice demeanor for anyone.

But I think many of us simply want things to be as we picture them. We place our own ideals, often unrealistic, onto our spouses. We forget that we fell in love with someone who has their own desires and tastes that may indeed come into conflict with one of our own. Marriages, I fear, fail not because there is a lack of love, but because most people simply give up when conflicts take hold. I love that Marion never, ever lets our disagreements fester. I’m ready to run away sometimes when I’ve simply had it and I always find her ready for me when I emerge from “the cave.” I spend a lot less time in the cave now because I know that Marion is waiting for me, fully committed to our relationship and that makes it a whole lot easier for me to love her in return and stay committed during tough times when it would simply be easier for both of us to chuck it all.

This is a message however, not merely for my marriage, or any marriage but for all of our relationships.

Who is deemed “too hard to love?” The homeless? The child molester? Dictators? People with stupid prejudices? The unborn and the pregnant teen? The boss who drives you crazy or the one that fires you?

We need patience, kindness and a non-inflated sense of ourselves in order to progress into deeper love.

Are we willing to do that? I hope so, because if we all did that, maybe the Kingdom of God will have arrived.