Men in Black: The Deacon Version 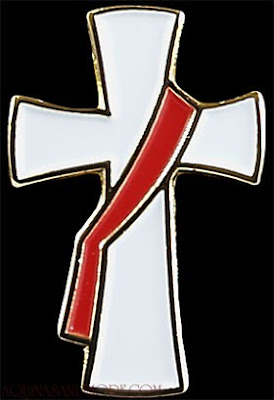 Deacon Greg raises an issue that I’ve heard lots of opinions on: Should Deacons wear a Roman Collar?

As a wanna-be Deacon I have a definite opinion on the issue and it’s pretty simple. Deacons should not WANT to look like a priest. Or perhaps better stated, Deacons should want their own “look.” What that look might be is what should be debated.

In my parent’s parish in the 70s and 80s our Deacon was the DRE (Director of Religious Education) and he wore a collar then. He doesn’t today. But often he was mistaken for a priest, especially by parents who would just drop their kids off at CCD but hadn’t ever been to mass in the parish. The Deacon always said he knew which parents were church-goers because they’d all recognize him as a Deacon and the non-attendees would say “Good Morning, Father.” Even a name tag didn’t help him. People still confused him for the priest.

My thought is simple. Deacons can wear the collar but also should wear something more distinguishable from their priests. Maybe the diaconal stole should be worn over the clerical collar when on official parish business, maybe even one with the word “Deacon” on it? I’ve seen those who don’t wear collars wear a small lapel pin (pictured, right) but I just don’t think that cuts it.

As Deacon Greg notes, wearing a collar definitely changes the perspective of people toward Deacons. You’re not really “one of the lay people” anymore once that gets strapped on your neck. But to add something more distinctive to it might raise the profile of the Deacon as a minister and be useful in helping identify them in hospitals and funeral homes.

Any ideas on a Deacon’s Uniform?