Although It’s Been Said…Many Times, Many Ways… 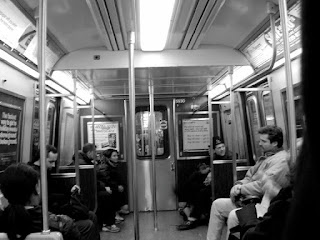 Actually it wasn’t quite Christmas break, I was a college freshman and they were fighting.

My college roommate, Joe and his then-girlfriend Lori parted ways at the Christmas break in anger. It was over something stupid to be sure, but both were convinced of their rightness and of the other’s stupid, pig-headed ways.

Joe and I had made plans to stay on campus at Fordham until they threw us out. Our families both lived close by and with free time giving way to finals, we hadn’t spent much time together and wanted to celebrate a bit of Christmas cheer together.

Actually, I was just avoiding my parents. After my first taste of freedom I wasn’t much looking forward to returning home to live by my parent’s rules once again. I loved my mom and dad and my parents had done much to sacrifice to send me to college, but admittedly, I was enjoying college and the sheer joy of being independent.

Joe for his part was also avoiding things. The horror of Pan AM Flight 103 crossed the newswires just a few hours before this. And Joe knew that the crash would make Joe’s father, a flight engineer for Pan AM, not much fun to be around. Besides, the girlfriend who he had just pissed off was also near his home and he wanted no part of her.

The clock ticked while we sat and watched episodes of Cheers interrupted by news reports about the Pan Am crash.

Hearing about the loss of life and how several of the students on the flight were college students from Syracuse, a school I nearly attended, hit us hard. Life was indeed precarious and it was Christmas, how would these families ever celebrate the holidays with any kind of joy again?

“What kind of God allows this to happen on his own birthday?” I quipped. Joe just shook his head as if he didn’t know, or didn’t have any easy answers. “If I were God,” I said arrogantly, “I’d have a major party on my birthday for everyone that would put Super Bowl extravaganzas to shame!” Joe laughed, a bit nervously. We needed to laugh a bit.

The flight made him realize how stupid his fight with Lori was and I, too realized that in my family, Christmas was going to be wonderful. We were lucky to have such joy in our lives. Heck, we were lucky to BE alive.

Joe said, “I gotta get on the subway to go to Brooklyn and tell her I’m sorry.”

So stupidly, I agreed to go with him.

What happened from there was a crazy whirlwind of activity that you just knew wasn’t going to end well.

Somehow we took three trains to Brooklyn, and after nearly 2 hours or so, we showed up at Lori’s house to find it (duh) completely dark. Not wishing to wake up her entire family, Joe decided to throw rocks at her bedroom window.

A light on in the bathroom. I wacked it with another pebble. Being a high school baseball player still came in handy.

“You break that window and I’ll break your nose!” Joe yelled.

After this disappointment, we walked to Joe’s other friend’s houses hoping to find a place to crash, but we only found unlighted houses. Joe became discouraged and angry.

So off to the subway for the long 2 hour journey back to the Bronx. And it was there that we met him.

He was drunk. He was smelly. He was smoking on the subway and sloshing out of a brown paper bag!

He didn’t ask us for money. He wasn’t aggressive or angry. He pretended not to hear the conductor who told him to put out his cigarette. He sang in a way that only a drunk could sing. Bad and loudly.

But mostly, he was tired and he wanted us to know that.

“Guys,” he said slurring his words, “I like you guys. I AM TIRED! So I’s gonna sing you a TIRED song. Just for you.”

He then proceeded to sing “Chestnuts Roasting on an Open Fire.” A song about being home and the beauty of a home at Christmas. Every note was somehow magically on key. Until…

We both cracked up, but the old man could sing, drunk and all. He flew in for a big jazz-like finish. We applauded and our offer of a tip was refused. He said:

I just about melted.

“That’s three things!” the subway conductor roared, “and put that cigarette out!”

As we exited and said good-bye, he only asked for a prayer and to remember his song. And so I have, twenty-one years later, remembering the details as if it were yesterday.

It was indeed a secular song, but one that has taken on new spiritual meaning for me since that night. It reminds me of the many Christmases that people spend alone, on the streets, without family, perhaps not in their right mind. For some at the holiday time of year they are lonely after the death of a husband or wife, or like that year when parents mourned the loss of their child who died in a plane crash over Scotland because of the madness of terrorism. It reminds me now that the world still is, and always has been, a broken place, and that it still needs a savior.

And it also reminds me that our savior was born in a similar lonely place, to two people of little wealth, surrounded by smelly filthy animals and the keepers of sheep. The angels sang of a king that night, and I think perhaps my friend on the subway sang just as sweetly. For we remember that we really don’t need the lavish gifts and parties, the latest computer or phone, or even a good book to read. All nice things to be sure…but what we really need is God. And God realizes that we miss his presence so easily in our human imperfection. So God decides to fix that problem by becoming one of us, by entering our world as Emmanuel, “God with us.” The king of kings has the throne of a feeding trough, with itchy hay and cows mooing into his ear.

God lurks in our lives each and every day, sometimes in the strangest places. And quite often, we miss seeing his presence. This Christmas, may you hear the soft sweet song of Jesus singing to you, even in secular verse, to welcome you home into his embrace on the day of his birth. May you be able to recognize Jesus, even in the strangest places when you hear his voice singing to you.

And although it’s been said, many times, many ways….