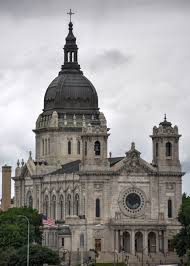 So what good does it do to violate the Governor’s Direct order? I’m not exactly sure. In a letter to Gov. Walz, Archbishop Hebda noted his reasoning:

“It concerns us, however, that we still are without a clear roadmap, metrics, or definite timeline from your administration about a phased re-opening. Executive Order 20-56, moreover, seems to have taken a step backward, imposing an explicit prohibition on faith-based gatherings where none had existed. Your willingness, at the same time, to allow a “click forward” for other sectors and activities on your dial-many of which cannot be classified as essential as the life of faith, prompts us to consider it necessary to move forward. We certainly remain ready to work with your administration as events unfold and circumstances change.”

In short, respectfully disagree. Does the Archbishop really think that the Governor wants to suspend attendance at religious services without good reason? Let’s also consider the risks and rewards of this decision. It’s a seriously high risk because people could in fact, you know, die. The upside is that people get to go to Mass and parishes begin to recoup some collection money. That’s it. The latter may also be more easily rectified by online donations. But we’re missing a bigger point there as well. There’s not a lot of disposable income around.

Could the archdiocese bail out parishes in question? Unlikely. Why? Because dioceses have been through the mill with sex abuse cases with many having to declare bankruptcy. There’s simply a lot to consider with very few resources at hand. Personally, I’d rather keep people safe than to create more risk, especially since the elderly may be the most likely to attend Mass and also are the biggest group at risk of contracting the virus.

My other thought is that doesn’t opening up invite more expenses at this point? Isn’t it more economically feasible to stay shut down for now, until a great majority of people can resume normal activities?

Again, no easy answers. I’m glad I don’t have to make these decisions and my thoughts are to use more creativity to express how we gather as community in virtual ways for now. Look at what the Newman Center at Cal-Berkeley did on Mother’s Day for example in addition to honoring them at their live-streamed Mass:

The Body of Christ does not just exist in the bread and wine of the Eucharist. It also exists in the reading of the word, and most importantly in the community that worships together, no matter where that might take place. Stay safe everyone.